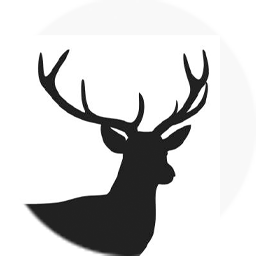 Why Trees?
The hangul (Cervus elaphus hanglu), which is also known as kashmiri red deer or Kashmir stag is a critically endangered subspecies of red deer, endemic to Northwest India. The International Union for Conservation of Nature (IUCN) called it "Critically Endangered" in its assessment dated December 1, 2016, described its population trend as "decreasing" and estimated the population of hanguls at 100-150 mature individuals. In 1940, the population of Hanguls was around 3000 according to researchers J A Malik and S K Bansal. As per a 2019 census, there were only 237 hanguls, mainly in Dachigam National Park area. IUCN suggested "habitat and natural process restoration" as one of the "conservation actions needed".
Dachigam National Park, located 22 km from Srinagar, well known as the home of the rare and critically endangered Hangul, has been a protected area since 1910. The park was an outcome of the then Jammu and Kashmir Maharaja’s efforts to create a game preserve and catchment area for the Harwan reservoir intended to supply drinking water to the city of Srinagar. Under orders of the Maharaja, several species of trees, especially those preferred by wildlife, were planted and efforts were made to increase the winter fodder available to wild animals.
In a research paper by Khursheed Ahmad, Qamar Quereshi, G Agoramoorthy, and Parag Nigam, the authors concluded that “The Hangul diet constituted mainly of dicotyledonous shrubs and trees (45.45 and 80.77%), forbs/herbs (36.36 and 19.23%), monocotyledon grasses and herbs (18.18 and 16.22%) in spring and winter, respectively. Summer diet comprised 42.86% forbs, 19.05% grass/sedges and 38.10% browses.” “Consumption of shrub and tree species by the deer increases during autumn and winter, perhaps as a strategy for complementing their diet when other forage is scarce.” finds another research by G. Mustafa Shah, UlfatJan, Bilal A. Bhat, and Fayaz A. Ahangar. Indeed, trees are important in the hangul's diet - it is believed that the hangul derives its name from 'Han Dun' which is the local name for the horse chestnut tree, the fruit of which the deer feeds. The J-K Wildlife Department plannned to implement a Species Recovery Plan for the hangul. "The plan includes.... habitat improvement works through afforestation, soil and water conservation, infrastructure development including others," said A K Srivastava, Chief Wildlife Warden, Jammu & Kashmir, cited in The Indian Express.
However, the natural biodiversity of this region is under great threat. Experts say that until the early 1900s, Hanguls were widely distributed in the mountains of Kashmir. It is widely accepted that a major cause of the catastrophic reduction in the hangul population is human-induced, including grazing, man-animal conflict, poaching and illegal wildlife trafficking. “A rapid action project taken up by the Wildlife Trust of India (WTI) in Upper Dachigam National Park (NP) constitutes engaging watchers for putting a check on entry of livestock into Dachigam NP to ensure reduction of grazing pressure. The National Park is facing degeneration of the indigenous ecosystem, mainly due to overgrazing by livestock belonging to the Gujjars and Bakarwals who enter the NP during summer. Most of the high areas of Upper Dachigam including the areas of Dagwan, Nagaberan and Marsar are today occupied by vast herds of livestock during summer and wildlife seems to have disappeared from the summer range. In Upper Dachigam National Park the fresh water, which flows down from Marsar Lake through Dachigam Nallah, is an important source of water for people of Srinagar city and faces a serious threat from these graziers. "Due to overgrazing, erosion becomes apparent and heavy silt load down the stream poses a problem not only to the water supply but to the Dal Lake.” stated the Wildlife Trust of India. The careful planting of trees will help improve the habitat for the hangul by improving cover and increasing availabiity of browsing material for the hangul as well as help in water catchment.
Social Impact
The plantation of 25,000 trees in the region aims to rehabilitate the lost forests of Dachigam National Park. An increase in the green area is expected to help the disappearing wildlife. Further, the plantation will also help in spreading awareness among the local communities about the importance of trees and wildlife. The communities would be involved in all stages of the plantation, get employment in the nursery and planting activities and be sensitized towards the environment. According to WCCB, “13 leopard skins, seven leopard nails, eight canines, two molars, two leopard skulls, leopard bones (four jaw bones and 140 bone pieces), 38 bear bile sacs, four musk deer pods and one set of musk deer teeth were seized in this operation from Manwal in Udhampur district and from Anantnag.” The operation was carried out in January 2021. The plantation drive will also focus on spreading awareness about the importance of trees and the Hanguls and could help in reducing the cases of wildlife trafficking and human invasion into wildlife habitats. These trees also aim to help in alleviating soil erosion, augmenting surface water and recharging groundwater, mitigating natural disasters and sequestering atmospheric carbon.
Tree Species