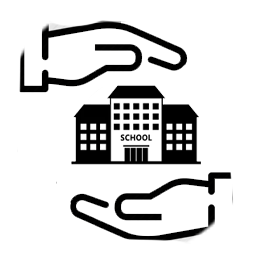 Why Trees?
Approximately one million refugees from South Sudan are residing in Northern Uganda, accommodated in a refugee settlements in an extensive area of wooded savannah. They are allocated small areas of land - 50x50m - and raise food for themselves and receive some rations. They source their wood fuel, building poles and other needs from the surrounding vegetation. The influx of these refugees into northern Uganda has steeply increased pressure on the natural environment. It is critical to find ways to meet the demand for natural resources. The demand for woody vegetation for fuel, building and the clearing of woody vegetation to create space for newcomers is progressively degrading the semi-arid landscapes of northern Uganda and creating tension between host communities and refugees. If left to simmer, this could escalate into a conflict of its own with further widespread loss of trees and other damage to the environment.
In this delicate setting, researchers set out to understand how deforestation and the emerging wood-fuel shortage in and around the refugee settlements in Arua District might be addressed. Lalisa Duguma, Judith Nzyoka, Clement Okia, Cathy Watson and Charles Ariani found that about 84% of respondents perceived that environmental degradation was taking place. The respondents cited significant causes as cutting of trees for firewood, burn bricks and extraction of timber and poles for construction.
Almost 60% of the tree cover has been depleted in and around settlements over the last 2–4 years. Despite a current high reliance on native species, the communities express a strong preference for exotic species, particularly teak, neem and eucalyptus. The report noted that, ‘The selection of species for planting [needs to consider] the immediate needs of the communities and the agroecological matching of the selected species to the local context. The refugees said they wanted to give back to the land that had offered them a second home but felt they lacked the capacity to do so.

Social Impact
The plantation project will help refugees and local communities meet their needs while reducing conflict over natural resources and pressure on the environment. In homes where such tree planting has been done, the contrast with other homes is stark. Bare ground is now vegetated, and refugees are able to source poles (for sale and building) from trees that coppice. They also source more of their firewood needs from their own plots. Fast growing fruit trees like Papaya and Jackfruit are already producing. Less tangible benefits are: shade (the number one reason that refugees cite for planting trees); wind break and protection from violent weather (wind can remove roofs); improved soil; and fodder for small livestock. The project has dispelled the thinking that refugees feel temporary and will not plant trees. The nursery provides employment, and there will be a ripple effect as people who plant trees in this project send out eTreeCertificates™ to their friends across the world, spreading awareness. The project would raise, transport, and enable the planting of 50,000 trees at several schools. All of these sites are currently treeless and a harsh environment for learning, sport, games and even resting. Most schools in the settlement are fenced, which would protect the trees from livestock and fire. This will allow planting some long-duration species like mahogany, which will be protected in this fenced, managed setting. In large school compounds, we can enable the plantation of approximately 500 trees per school/playground mostly on boundaries but also in small corner orchards. Shade trees will be strategically placed around the school to shield it from the Sun. The schools have iron sheet roofs and heat up dramatically, creating high temperatures that are a challenge for teaching and learning. These trees will help in regreening the area, providing the refugees with an enhanced environment, shade and resting area, fruits for consumption and improved socio-economic health. The consumption of fruit is far below recommended daily amounts for both refugee and local children. Rainfall is 900-1200 mm, a year and tree growth rates are high (with the exception of indigenous hardwoods). Regreening is visible within one rainy season.